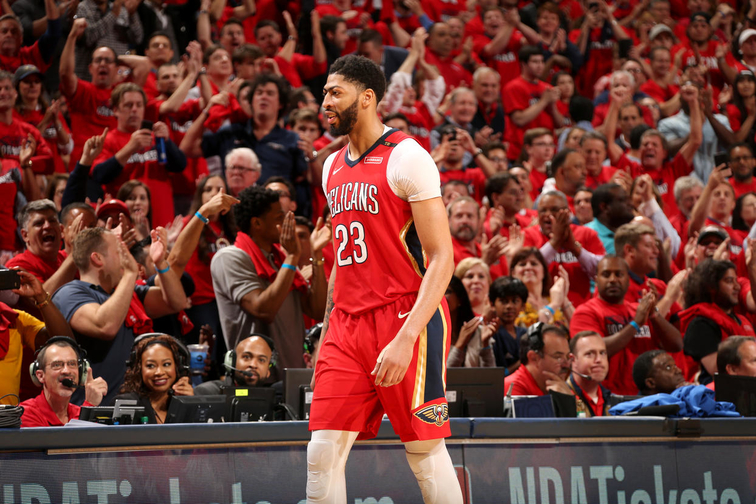 Having lived in New Orleans and Washington, DC for most of my life, I’ve been fortunate enough to live in cities with multiple professional sports team. With teams in the four major sports (NFL, NBA, MLB, NHL), DC has a big enough market to attract a variety of fan types and personalities, while the NFL stadium had been filled with 90,000+ people routinely until the recent years. In the sports scene, New Orleans is known for being home to the Saints, who play in the beautiful Mercedes-Benz Superdome. Being in the south, football reigns king in Louisiana, and the Saints are especially meaningful because of how the team helped the city and region recover mentally from Hurricane Katrina, winning its first Super Bowl, less than five years after the storm.

Washington, DC and New Orleans are so different in design, lifestyle, and population, yet they have one similar problem in the sports realm: struggling to attract a rabid fanbase to games in their NBA arenas, despite having multiple All-Star level players on the roster. Washington Wizards guard John Wall has been selected as an All-Star for five consecutive seasons. Meanwhile, New Orleans Pelicans forward Anthony Davis is has also been an All-Star in his last five seasons, despite only being in his sixth season in the league. With so much star power, fans who attend games often wonder why other home arenas like those in Boston, Oklahoma City, and Philadelphia have louder crowds, and possibly because of that, stronger homecourt advantages for the team. The Washington Wizards, who were eliminated from the playoffs on Friday night by the Toronto Raptors, have now made the playoffs in four of the last five years, and advanced to the second round in three of those. We’re routinely treated to playoff level basketball, but the fan experience still seems to be lacking. The fact that DC is a transient city is many times brought up as a reason for the lack of a true homecourt advantage, and that is easy to see when your best players get booed while shooting free throws at home.

The New Orleans Pelicans are a different situation. This season they made the playoffs for the second time in Anthony Davis’ six-year career, and won their first round series against the Portland Trailblazers in a 4-0 sweep. Crowds during the regular season were particularly passive after the injury to DeMarcus Cousins. Yet, in the postseason the crowds were as energetic as a Saints game. New Orleans is always a party, and the crowd at the Pelicans game was no different.

So how can teams do a better job of improving the fan experience? The NBA is already growing in fandom at an amazing rate, but there are still steps to be taken to make it more enjoyable. The more enjoyable the experience, the more people will by tickets, and the more local excitement there will be about the team.

An issue that the NBA faces is with the length of its schedule. Because there are 82 games a season, each of 41 home games doesn’t have the same importance as the 8 home games there are in the NFL. So if the games themselves can’t be deemed more important, what can be done?

Fixing a lack of excitement from fans is not as simple as finding a new gimmick to use every game. Fireworks before tip are fun and get the crowd engaged, but also not very practical to use for 41 games during the season.

It’s all fun and games to debate how to change the culture of fanbases attending games, but in actuality it takes years, if not s generation. More than often it takes sustained winning, and the feeling that things are progressing. The Celtics, Warriors, and Sixers all have great fanbases, and some of the best homecourt advantages, but also have had that level of crowd engagement for over 20 years.

Pelicans’ fans are excited, not only because the Pelicans are in the second round against the powerhouse Golden State Warriors, but also because they can envision a team that continues to get better over the next few years.

Meanwhile the Washington Wizards fanbase woke up today even more depressed than usual, after the news that team GM Ernie Grunfeld had been granted another secret contract extension by the team. For a fanbase that was so excited going into this last season, this recent news seems to have wiped all that away.

At a minimal scale, all it takes to get a home crowd excited is excitement and hope. Unfortunately for many NBA teams, the Wizards and Pelicans included, that feeling does not come too often. A young team that acquires top tier talent through the draft has hope, while the young guys grow. A team like the current Wizards group has excitement from time to time. Still, outside of the 2016-17 season, there have been very few times when the fanbase has been able to have the feelings of excitement and hope at the same time.

Back to fan experience though, two college students did a study in 2014 on the NBA fan experience, and the task of improving that, as teams face the reality that more times than not, the casual fan may prefer to watch the game at home or a bar, for significantly less time, and money. They found a list of reasons that fans were attending games:

The main reason people don’t attend is prices. And not really the price of the ticket, as much as the price of concessions. I’m not a food and beverage professional, but it does seem that if prices were cut, you’d in general have a happier fanbase, and probably drunker (which let’s be honest, is not a bad thing.) The Atlanta Falcons reduced concession prices in their new stadium to ridiculously low prices, and still sported the most revenue of all 32 NFL teams this past season.

The study didn’t look into how to get crowds more engaged, and how to create a better home court advantage. Improving the overall fan experience could be as easy as reducing prices at concessions, and working for better and more frequent promotional nights, like you see with minor league baseball games. Meanwhile, a fanbase that is more excited to attend more games, will hopefully bring with it more energy.

The New Orleans Pelicans have a big Game 3 against Golden State at home on Friday night. Based on the crowds at the two home games during the playoffs so far, I doubt there will be a need for more fan support, especially as Friday crowds tend to be rowdier. The Warriors will certainly have a good amount of their fans in the building, but the home fans will be ready to #DoItBigger.